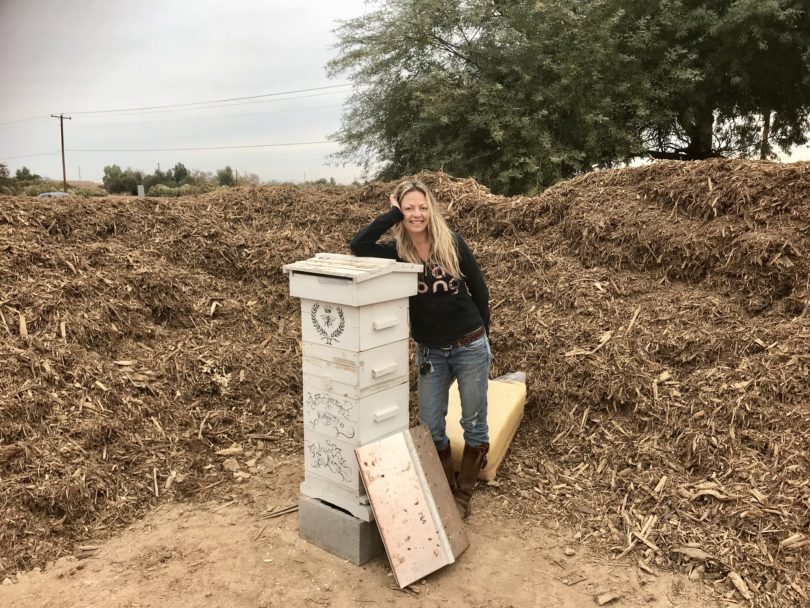 For the last two years my bees have enjoyed my wonderful garden and have thrived there under the huge, lush fig tree. But it’s time for them to move to another location now. I visited the Arizona Worm Farm at South Mountain a few weeks ago to pick up some worm castings and worms with my friend John at Mountain Sky Farm. I was so impressed by the vision and creativity of both the owner, Zach Brooks and the farm manager, Clark Furlong. I love hearing about an inspiring vision, but seeing it put into practice is always a thrill for me, and that is what I loved about this place. After talking with Clark about the farm I decided to ask if he had thought about having bees there. He said they did in fact want bees and were considering talking to some beekeepers. Uh… that’s where I whip out my card and quickly say that I would love to help them out with that. I mean, South Mountain is full of farmland bursting with flowering trees and crops, and this new farm is going to need some pollinators with all the fruit trees they will be putting in. 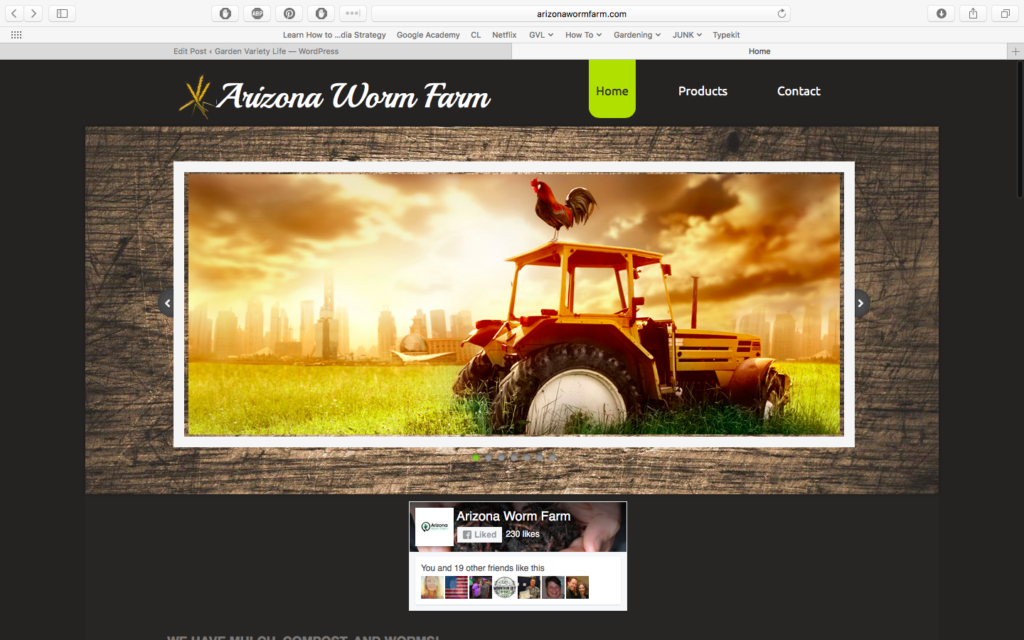 Fast forward another week or two and I came back to talk more about how we could work together to bring bees to The Arizona Worm Farm. We scoped out the perfect location near a retention pond where the bees could be away from general activity. Zach said that they could move mulch around to create a beautifully protected area wherever we wanted. And that is exactly what they did.

I arranged time with Roy to come out to my house to help me harvest honey from my two hives and then move them. It had been two months since I last checked my hives. At that time my Langstroth had two deep boxes that were full of brood and honey and then two honey supers that were almost full of honey. We did have some concern that they could become honey-bound, but I thought I was going to harvest soon. The Warré hive had 4 boxes, with one that I was planning to harvest.

I kept putting off harvesting the honey because life was crazy and the Arizona Honeybee Festival had taken over much of my time. Two months went by, and then finally I was able to get to them. Unfortunately in that time, something had gone awry with my Langstroth hive and when I opened it, there were wax moth cocoons everywhere and much of the honey and comb was gone. 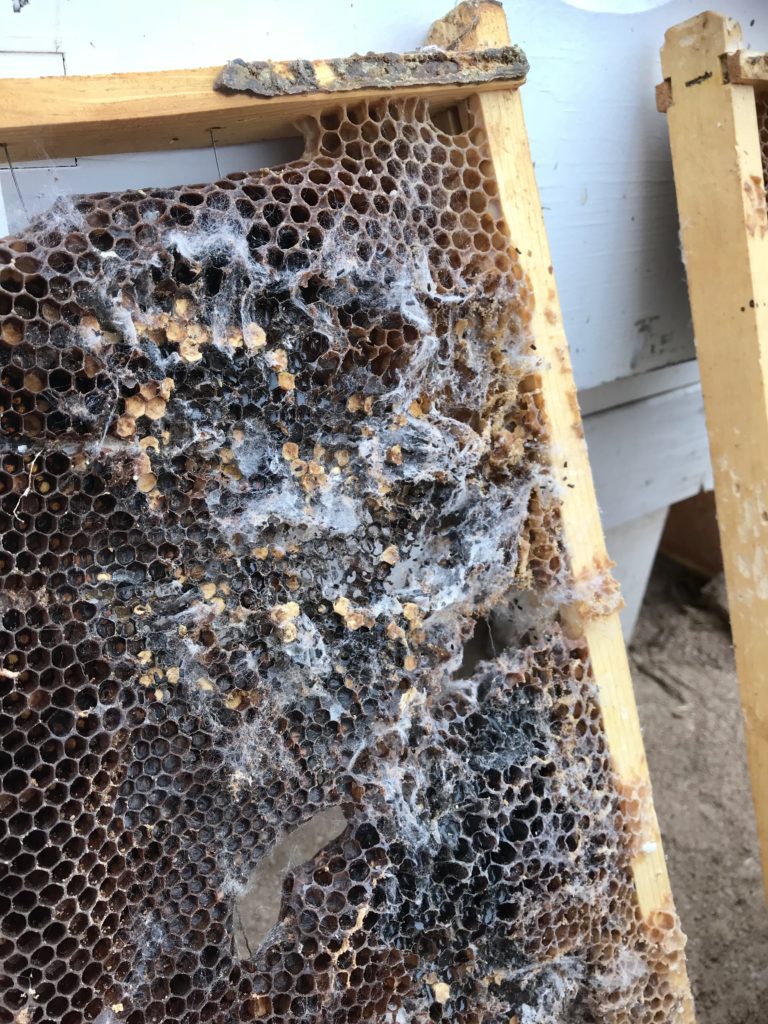 The only bees there were robbers. Dang!! Such a waste. Roy thinks that the bees may have swarmed, and because of the lack of drones this time of year, the new queen may have not mated properly and the hive succumbed to wax moths and failed. Of course we don’t know that is what happened, but its possible. Regardless, I had no bees, and very little honey to harvest. Most of what was left will be fed back to the bees in my Warré hive.

After killing all the wax moths and larvae we could find, we loaded up both the broken down Langstroth and the full and healthy Warré into Roy’s truck. Oh, we did spy the queen in the Warré so I was happy about that. 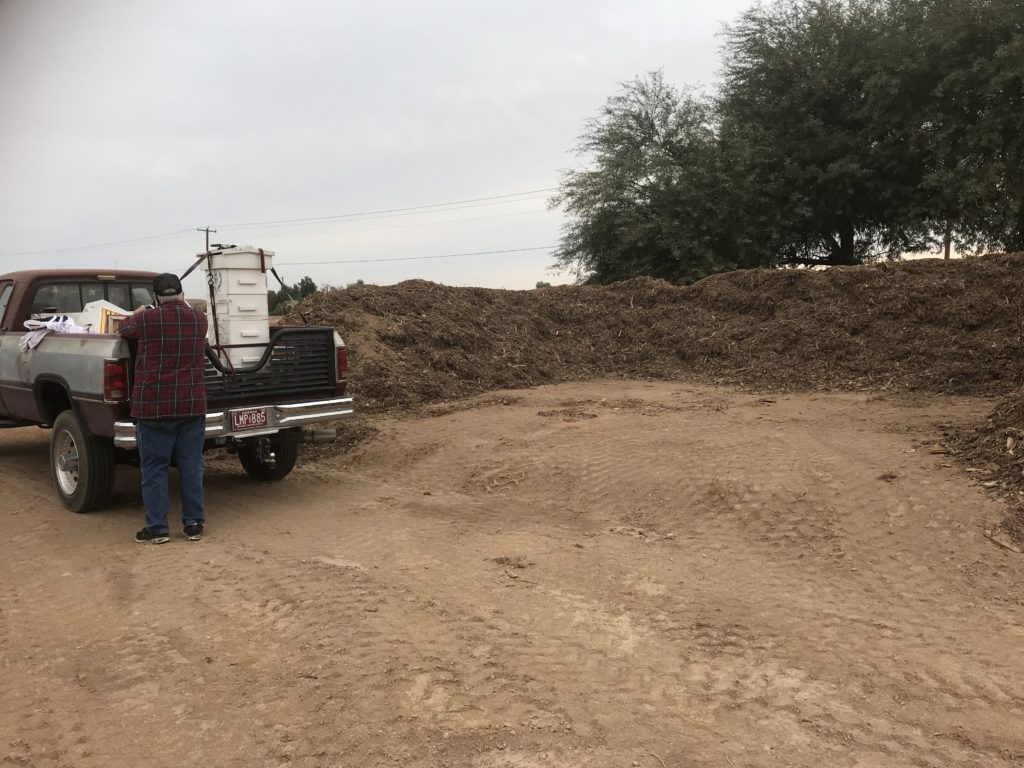 We arrived at The Arizona Worm Farm on Saturday morning and drove through the rows of enormous mulch and compost mounds to the place prepared for my bees. It was sad that I only had one hive to bring, but I’ll be bringing more in no time. I’d really like to see if I can have 8 hives in this location because its just so perfect. Not sure if the farm will be up for that, but I can ask. There is a cotton field on one side and an alfalfa field on the other with farmland and nurseries galore. Plenty of food for the bees.

The weather is getting colder now and so I put the bottom board back in and added wood shavings to the quilt box. Then we removed the screen we had put over the entrance for the move, and put the other hive’s top in front to help the bees reorient. 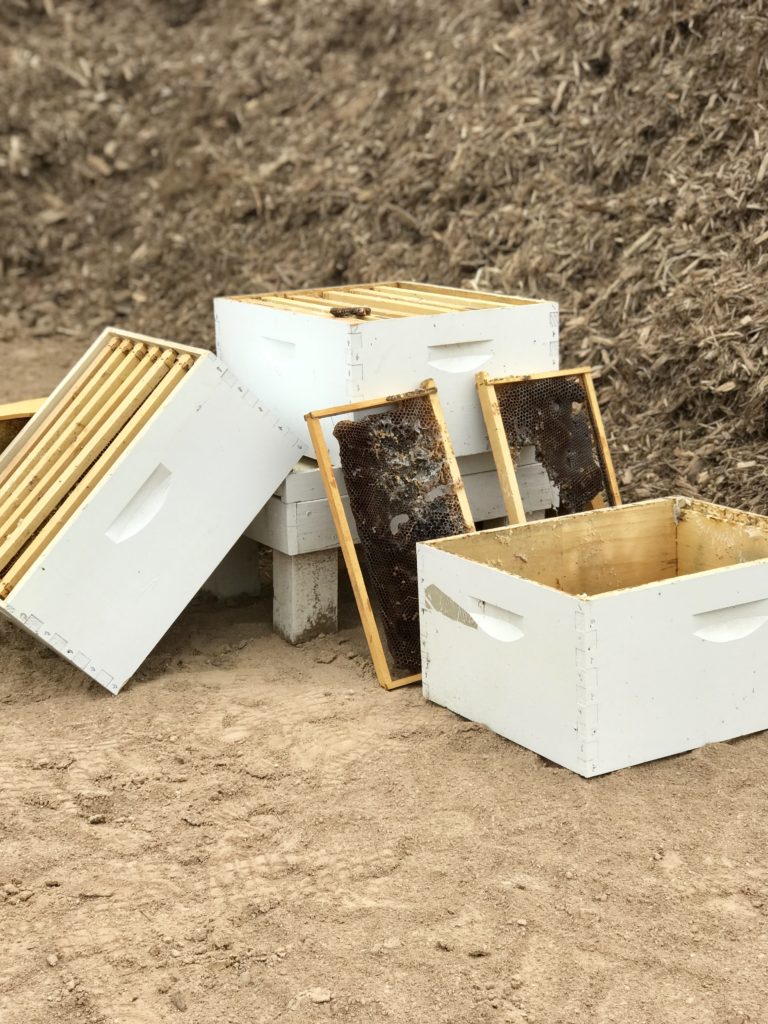 As for the Langstroth hive, we spread out the frames to expose them to light to make sure wax moths don’t set up home again, and  also to make it easy for the bees to take the honey. Once it’s all clean I’ll set it up and bring in some more bees.

So next week I’ll go out and check on the bees and remove the obstruction. I’m just so thrilled to be here and thankful to The Arizona Worm Farm. Make sure you check them out if you want to buy compost, mulch, worms, or worm castings. 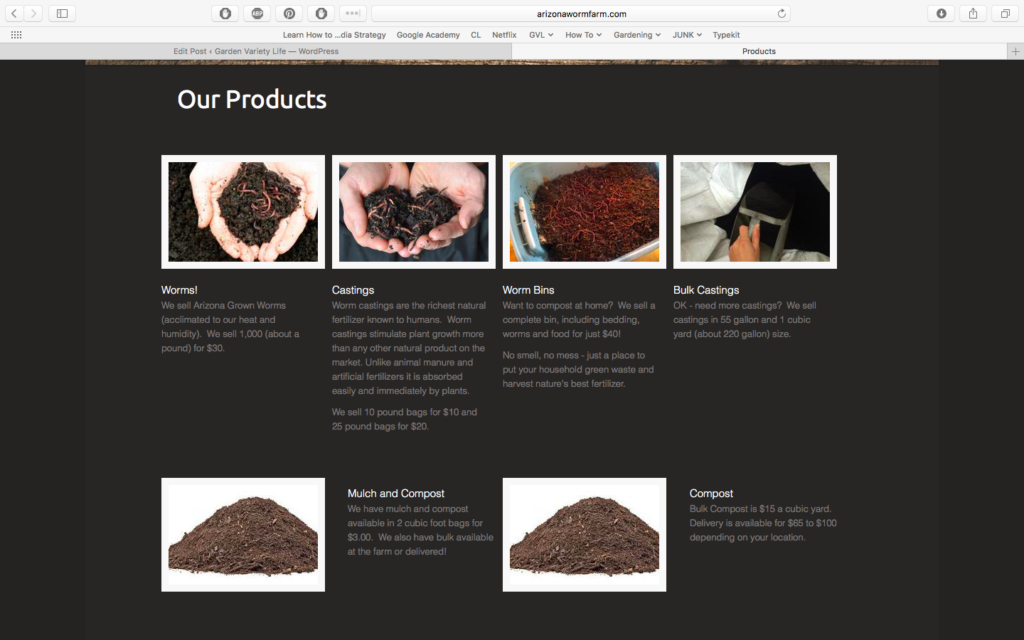 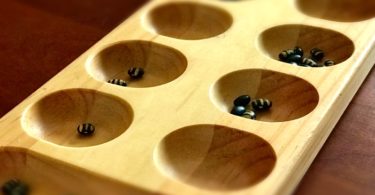 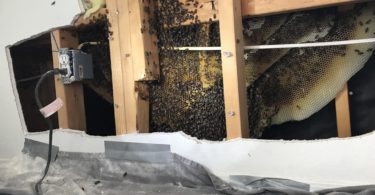 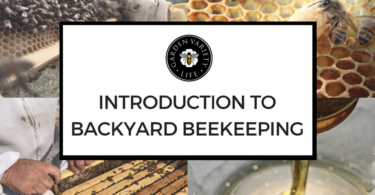 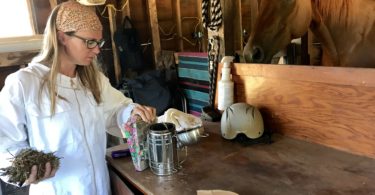